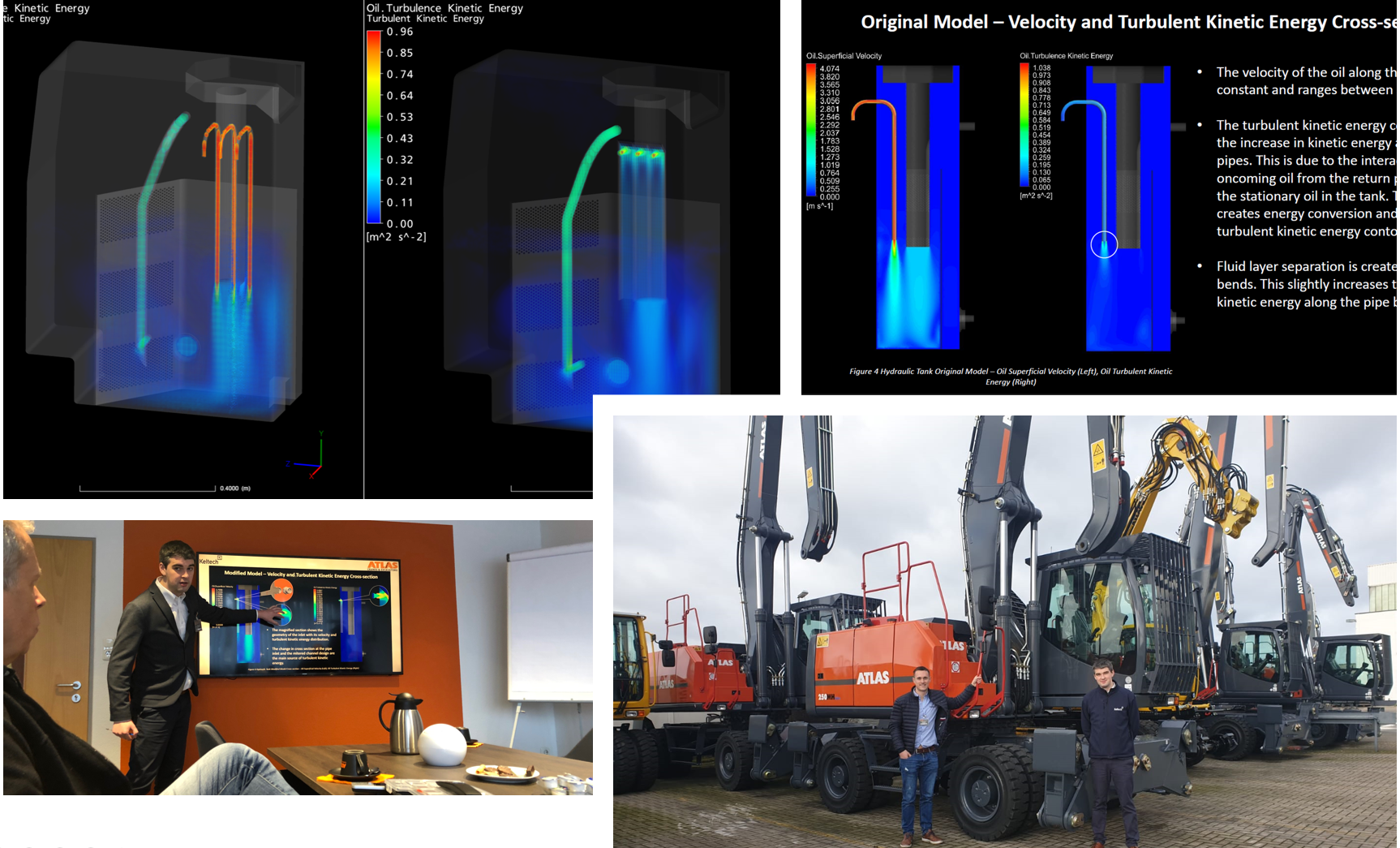 Its a year and a half since Seamus Lawlor Keltech Business Development Manager first made contact with Atlas GmbH to discuss the possibility of a supply partnership. "the sales cycle in our industry from my initial point of contact through to actually being production approved can be in cases up to 24 months".

The complexity of the supply relationship is as such that there is a huge amount of due diligence that needs to happen before serial production can begin. Determining the scope of supply, drawing transfer, agreeing commercials, Keltech factory audit, agreeing logistic arrangements right through to sample approval of the prototype tanks.

In Q2 2019 Keltech were up and running and supplying weekly batches of tanks to the Northern Germany facility based in Ganderkesee. As part of Keltech’s consultative approach we deploy a senior engineer to our customers factory and line side to observe the first production of our tanks as they are being fitted to the OEMs machine. From this practice we gain some critical data; what works well and more importantly what perhaps is not working so well with the fitment of our tanks. Our engineer then returns to Keltech to brief the production, engineering and quality teams and make amendments where necessary to our manufacturing processes.

Shortly after first production began Keltech Senior Project Engineer Sean McNamara travelled to Ganderkesee to conduct our review. First and foremost Sean is interested in the fitment of the Keltech tank but he has also been tasked with gaining an understanding of the entire hydraulic system/circuit operating on the machine.

Sean’s focus whilst investigating the hydraulic circuit with the Atlas GmbH line leader turned to 3 Rücklaufrohr/Return pipes which were a key feature of the tank design. Probing this further Sean discovered that these pipes are carrying low oil velocity and an idea began to form as to whether the pipework arrangement was actually the most efficient solution of returning oil to the tank.

When Sean returned to Keltech he investigated. The seamless hydraulic pipework, available only on a 16-week lead time from central Europe appeared to be a costly method. As the return pipes were of low oil velocity a new concept was born; could Keltech modify the design, remove the pipework completely and replace with a simple sheet metal fabricated arrangement that would channel the oil flow in a similar controlled manner?

Sean presented internally and the senior team decided this was a worthy project which should be properly evaluated. As an Enterprise Ireland client company there is some wonderful supports available, we felt this project was a perfect candidate for an innovation voucher. We have had great success with the scheme in the recent past.

Enter South Eastern Applied Materials research centre, better known by their acronym SEAM-WIT. Sean and Seamus met with Ramesh and the team and explained the project. Straight away the synergy was apparent, SEAM’s; Patrick Donnellan and Arun Anthony had an ideal mix of industry experience and educational background which proved a perfect fit to prove out Sean’s concept using the centres Computational Fluid Dynamics software.

Over the next 6 week period Sean and SEAM worked together gathering all of the necessary hydraulic operating conditions from the customer, tweaking the design while always conscious of hydraulic system efficiency. Finally, we were in a position to run the CFD analysis. When the results of the CFD were completed the maximum recorded turbulent kinetic energy had in fact reduced slightly by 0.09 m²/s² (An improvement).

Satisfied Keltech had proven the concept we returned to the customers facility in Germany this week to present our findings. There was an initial hesitation as we described our radical approach of completely removing the pipework but as we moved through our presentation and proved out our proposal through the use of the CFD analyses the hesitation turned to enthusiasm. “What other tanks could this be applied to” was the main conversation that ensued. The innovative approach was commended highly and both parties have agreed that rapid prototypes should be produced as a next step.

Having past this stage gate we expect the new design to be in serial production by the end of Q2 2020 after which point, we will look to roll out the approach to other suitable tank variations we produce for the customer.