25 years in the making "The rise of Keltech"

Keltech was founded in the 1980’s by the current MD Ray Breen. Keltech began as a humble mechanical workshop with a supporting team of mechanical fitters working off-site servicing local companies. Members of that founding team still sit today in senior management.

In the early 1990’s, spotting a gap in the market, the company started to supply steel fabricated components to local companies. In a highly competitive sub-contract arena Keltech began to stand out from the crowd as a supplier of quality components and assemblies that added real value to the end product. By the mid 1990’s reputation grew and Keltech began supplying major OEM’s in sectors such as Switch Gear, Power Gen, Material Handling, Automotive and Agriculture, to name but a few! By the early 2000’s Keltech was quickly outgrowing its city centre location having increased it’s customer portfolio to include international clients  and moved to a newly built 15000 m2 facility on the IDA Industrial Park in Waterford City.

Enjoying sustained growth the company mantra was to continue to invest its profits into new machinery and systems allowing Keltech offer more innovative and sophisticated solutions to larger OEM’s across numerous sectors.

Keltech always had a lean culture but in 2011 the company began formalising the methodologies of lean throughout the organization, heavy investment in the training of our people began right from the top down. The journey continues today under its new name of “Operational Excellence”. This approach allows Keltech the agility and flexibility needed to be a trusted partner to major OEMs.

In the recent past Keltech has moved beyond the point of being classed as a “supplier”. We are now classed as a “partner” to our customer base (some of which have been with us almost 20 years). By being true experts in our chosen areas: Acoustic Enclosures, Tanks, Overhead Guards & Cabins and Telecommunications Cabinets, we can offer a 360 degree service from top quality manufacturing and delivery performance to design support. This allows OEMs to concentrate on their primary end goal of selling more machines and is how the Keltech tag line was born “Innovation through Integration”.

The future is bright for Keltech, with a highly trained and growing staff of 240 and a modern automated 15000 m2 facility, all the ingredients exist to provide your organisation with the highest levels of support and customer satisfaction. 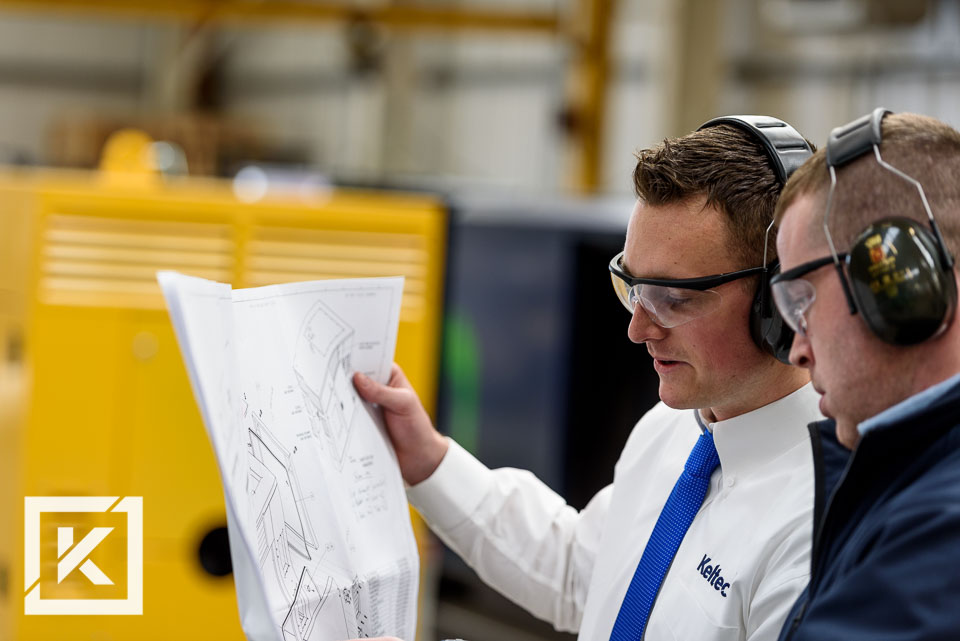